Path to the Top
Client: RD-Studia
Capabilities: Film Design / Infographics / Documentary
Project Summary
Dearest friends! We’d like to present you a show reel of several infographic episodes, which we created specially for the documentary of our permanent and beloved client — RD-studio. The movie is about climbing the highest mountains in the world, and it is called “Path to the Top”. Once again our intentions were to make more than just some dry dull graphics, but to show informative content in such a way that would not be just clear, but also very aesthetically pleasing (cause we know how to do it properly). Talking numbers — we produced over 10 minutes of full CG in total. So let us get into details about some working process.
Routes
Our work on infographic episodes consisted of three independent parts. The first and the most time-consuming one was the production of three-dimensional mountains with a demonstration of the ascent routes. We needed to focus viewer’s attention to the complexity and peculiarities of this routes and to give a clear understanding of how exactly the climbing took place at the scale of a particular mountain.
Modelling
One of the most intricate and time-consuming processes at this stage was the modeling stage. The difficulty of that task was to make real, physically and geographically correct mountains, not just abstract blocks of polygons. Usually Geodata is used for such tasks — that’s the special images storing information about the altitudes of the terrain, but because of the peculiarities of our mountains, and by that we mean their incomprehensible height, most of the data looks like photos of absolutely non-informative white snow.
So we had to do a lot of manual work, it was extremely important for us to be realistic and achieve high detalization of geometry for close-up shots, they were required by a script. To say more — our poor talented sculptor was on the verge of breaking down because of all those numerous bumps and dimples, but it all paid off — in the end we were confident in every rock of our models.
Cinematographic image
After the models of the mountains were ready, we set up the cameras, trying to make (despite the fact that this is infographics), these episodes to look like movies. To achieve that feeling we made sure that the cameras were cinematic, and the visual narration was laidback and epic.
Flight to base camp in Manaslu
Here’s one of our favourite episodes, where our love for high detalization and cinematography is fully shown.
FX
Another exciting process is FX stage. According to the script, climbing Kazbek was harder because of bad weather conditions such as snowstorm, so we had to recreate these snow effects in our episodes for a hardcore realism, and, let’s be honest, do add more beauty and complexity on screen.
Timelapse
That’s another eye-popping technique, which we actually used not just for beauty, but for storyline purposes. We had to show the viewers that the ascent to Manaslu took several days. We love timelapses, and since we’ve already had detailed 3d model of the mountain, it wasn't hard to create a timelapse effect — we just made the sun go around.
Maps
The other part of our work on this project, which appeared to be quite large as well, was to show the geographical location of the mountains in scale of the globe, and to visualize the itinerary of the expedition from one mountain to another. That’s an immense — South America, Nepal, Russia. The film crew flew through the whole earth, and that’s exactly what we showed in our map episodes. Every time we face a task to visualize a map, we try to come up with a new artistic way to do it. And also it was another chance to set some epic cameras.
Look Devevelopment
Below you can see slightly different looks of the map so that the director can choose which option he liked best. 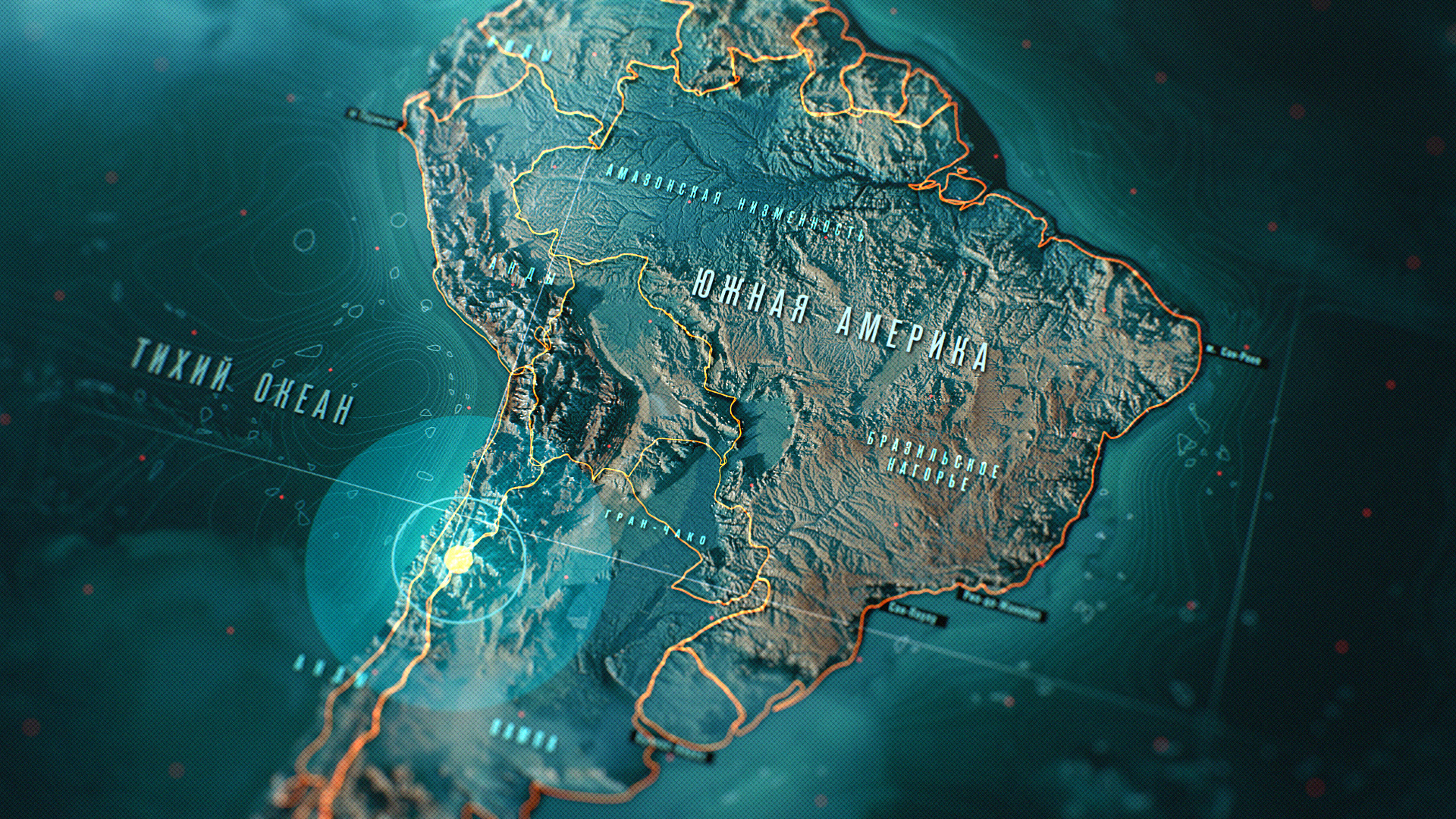 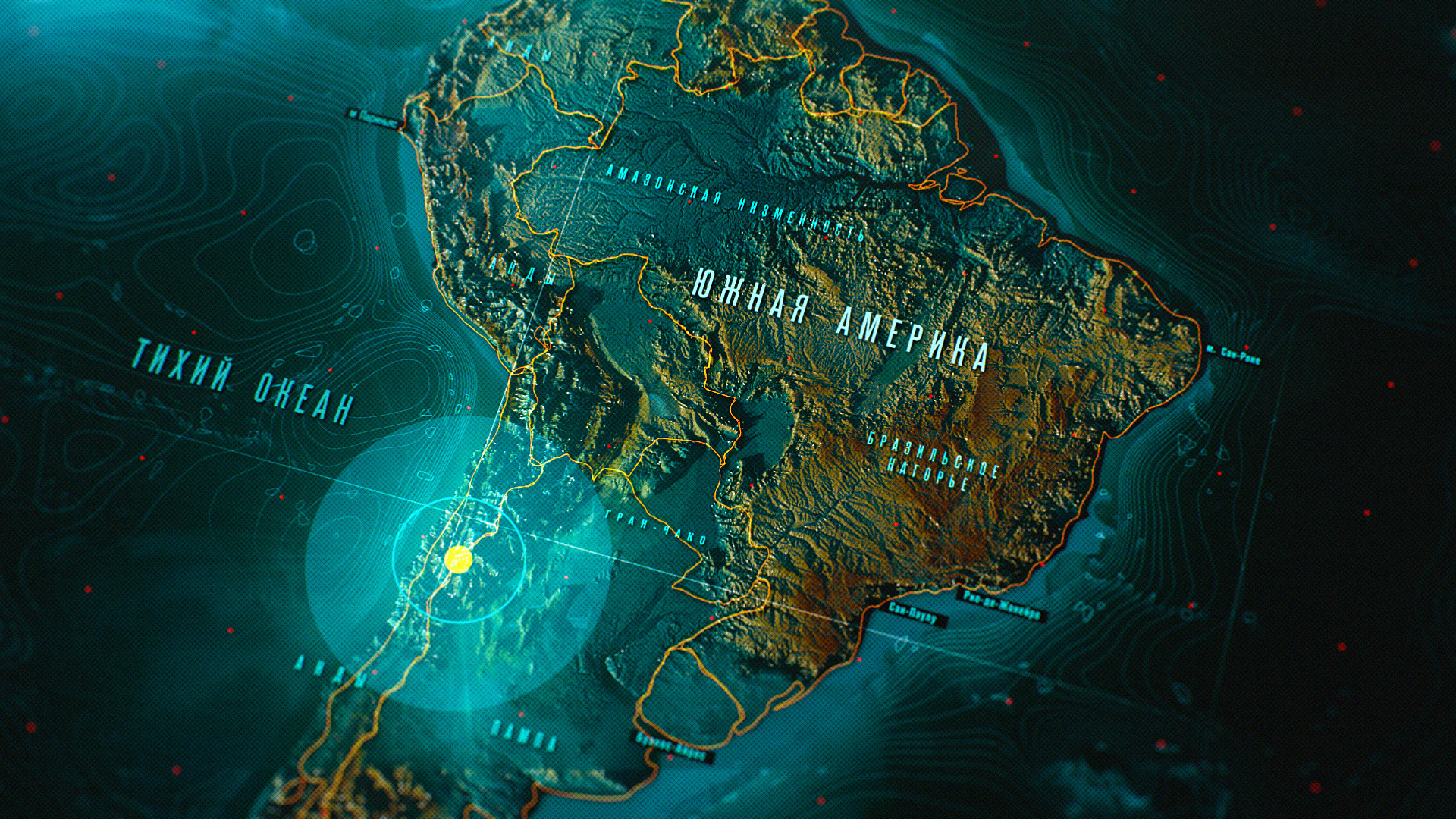 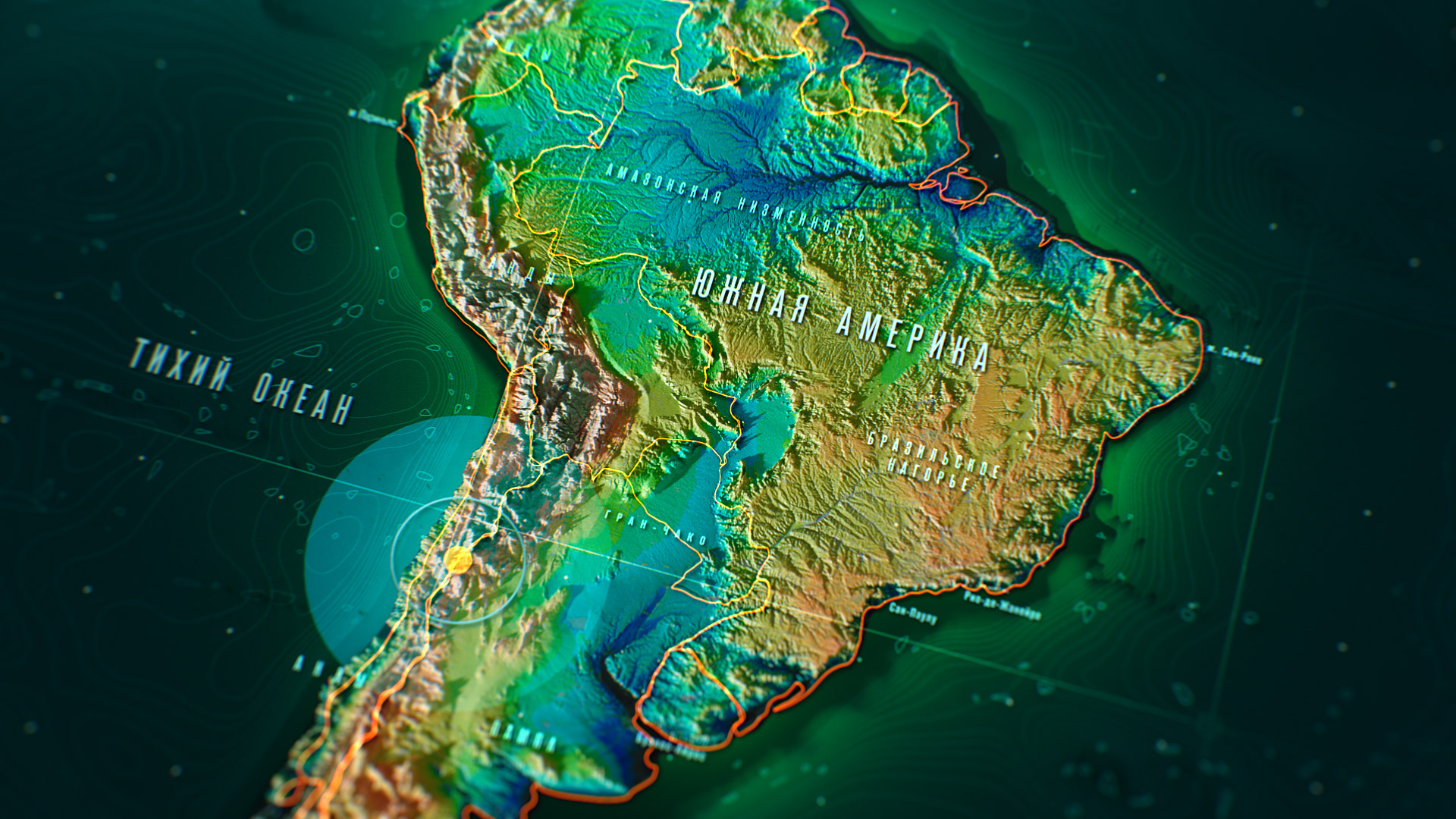 Human Anatomy
The third part of our work was to demonstrate the human body's reaction to difficult highland conditions. We had to come up with elegant and complex visual decision on the look of main life support systems: respiratory, circulatory and supporting-motor, and organs: lungs, heart, brain and etc. We wanted them to look aesthetically pleasing, but also demonstrably clear. The questions we asked ourselves during the working progress were: how realistic should the posture and appearance be? Do we need the human to be in clothes? How should fluid in the organs be shown? It was an interesting creative challenge for us. Basically, we just did not want to make another schematic man, we wanted to make a piece of art.
A few styleframes: 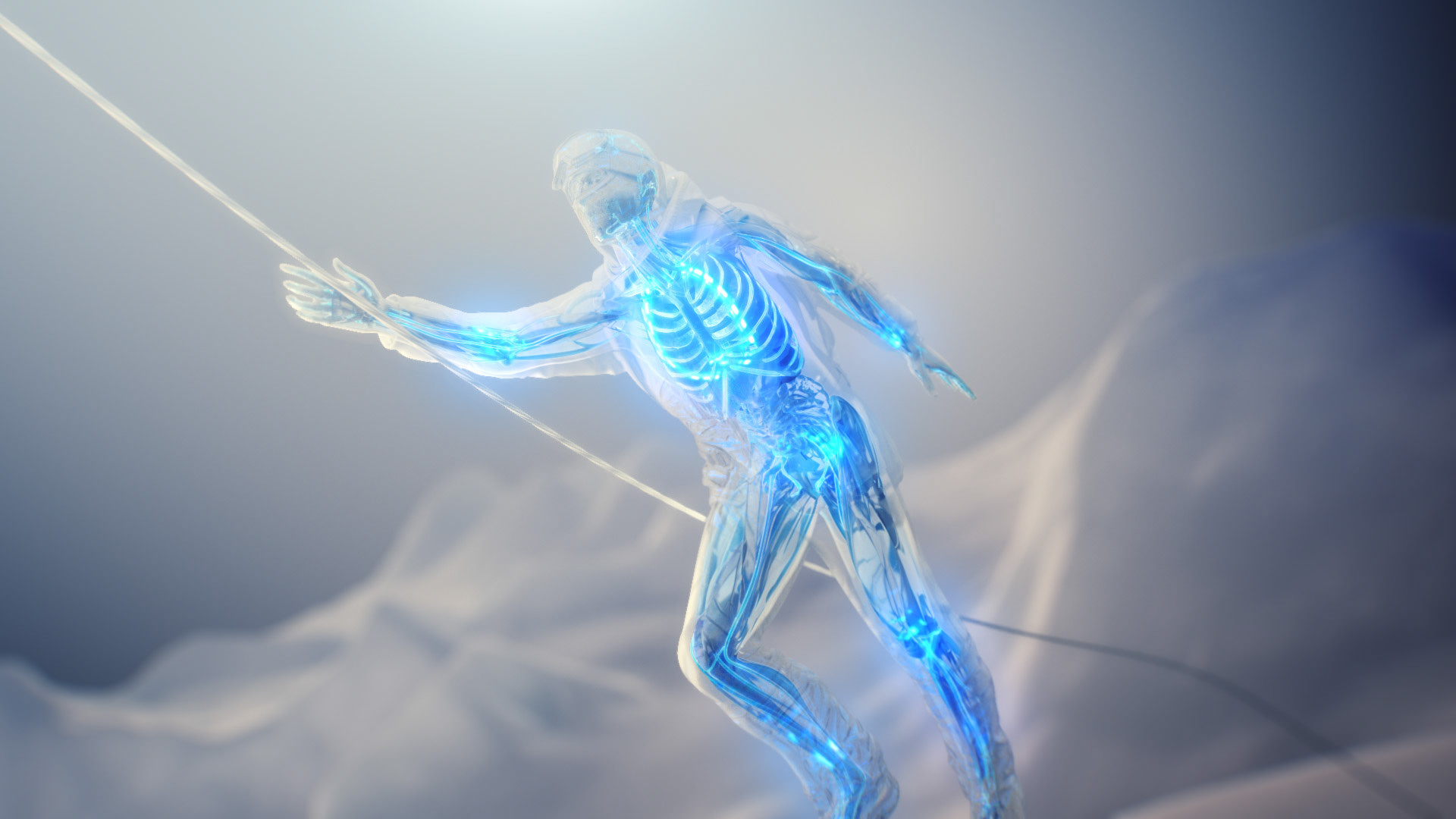 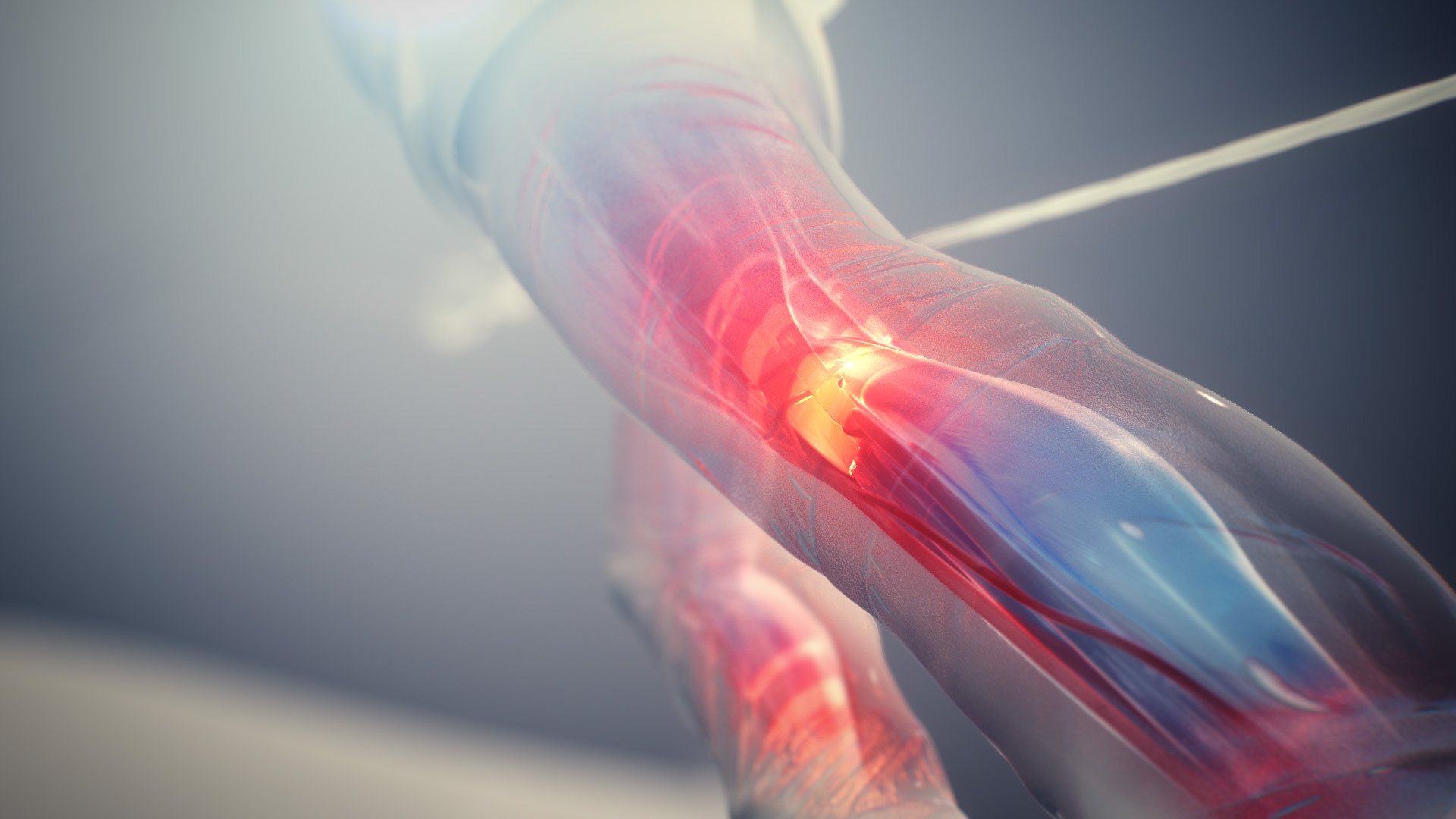 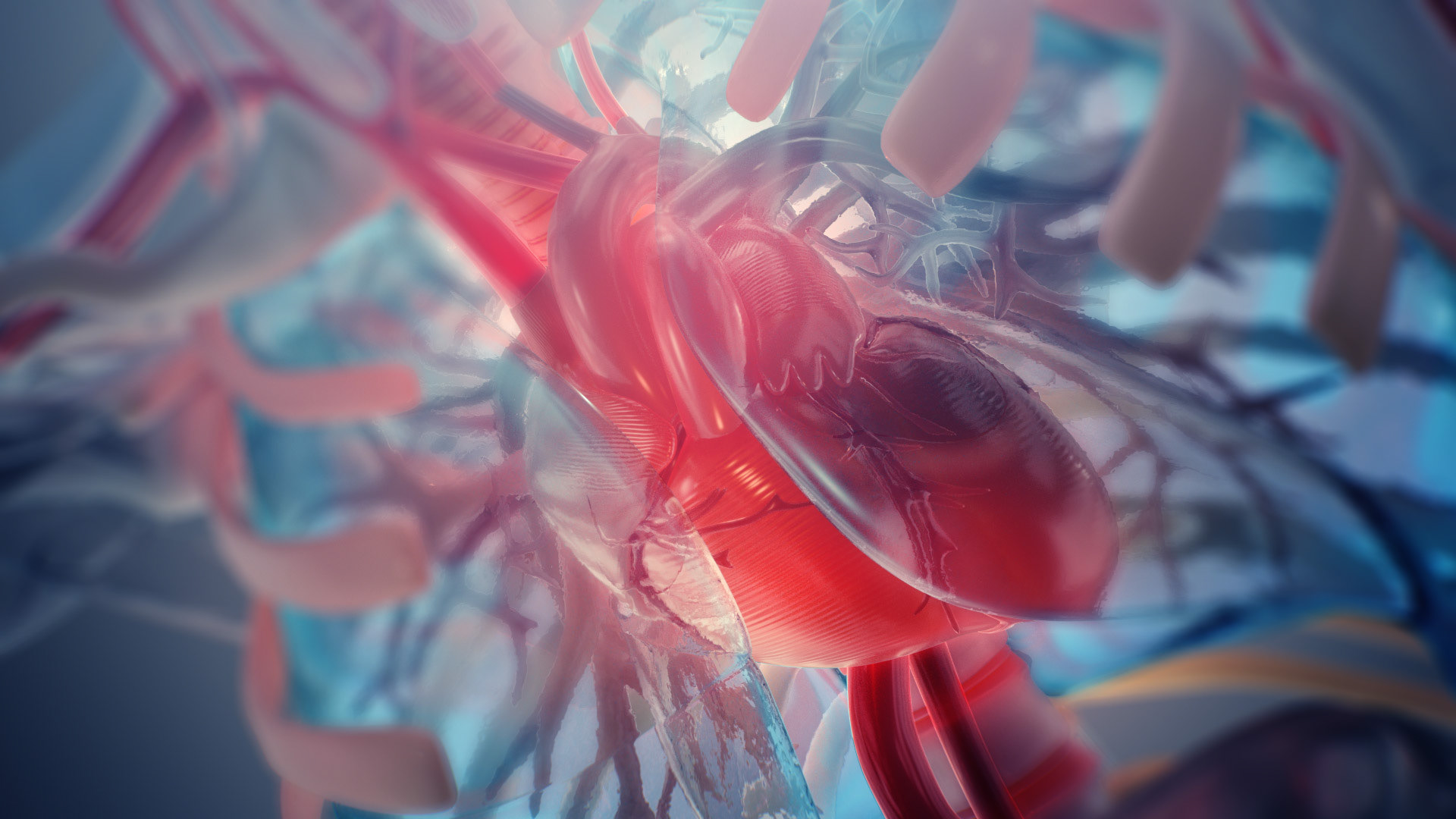